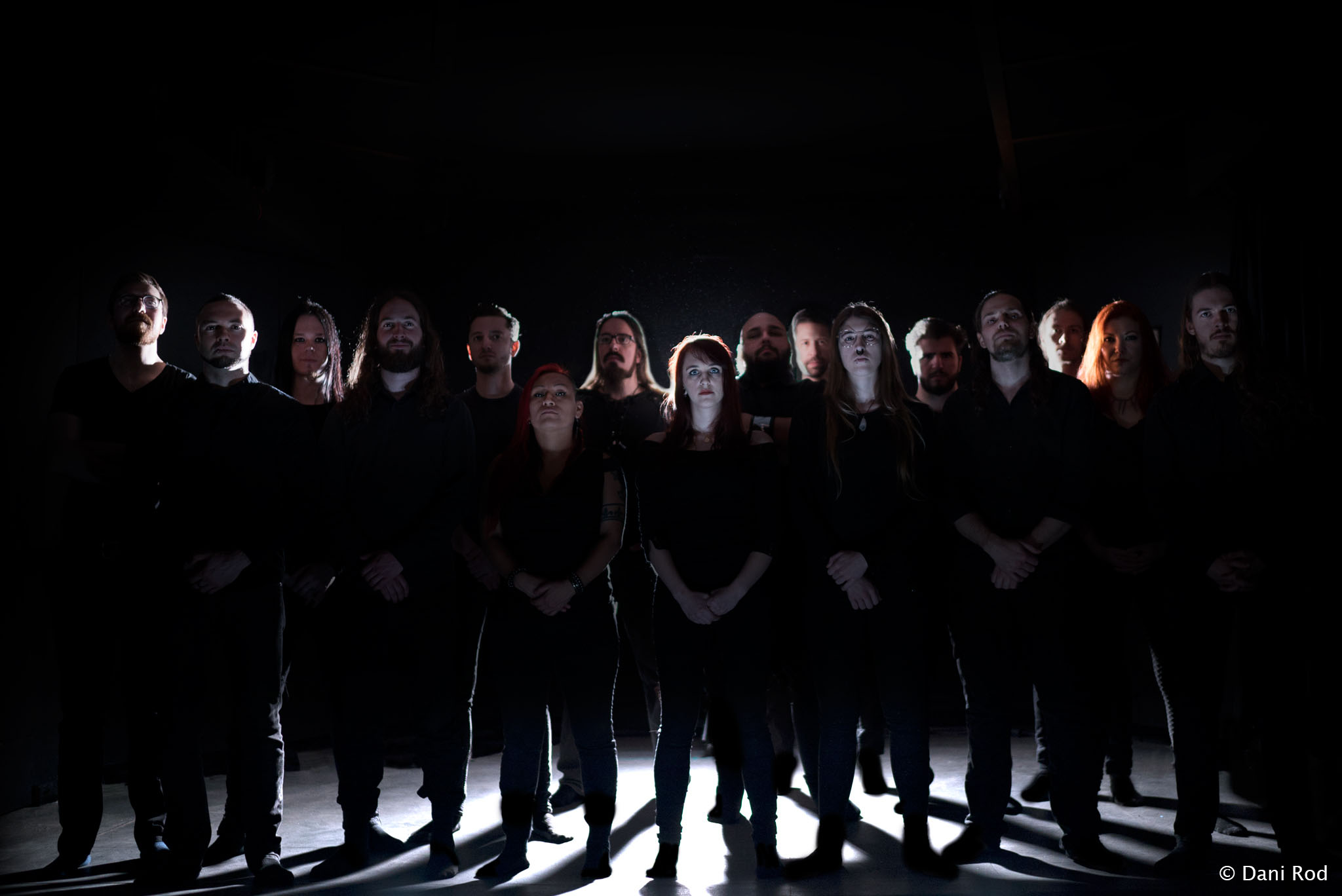 
Imagine, if you will, an experimental choir consisting only of heavy metal growlers

The idea came to PIERRE-LUC SENÉCAL in 2016. SENÉCAL, a composer and electroacoustic artist, writes music for dance, film, and theatre. He is also a serious metal fan, and a member of the Joker choir that performed at FIMAV last year.

Metal singing, be it of the guttural, cavernous or screeching kind, requires very specific techniques and talent. SENÉCAL recruited fifteen such singers in the Montreal area, trained them, and composed mixed music for them (meaning that the choir is accompanied by a prerecorded track of electronic and percussive sounds). This would be the first growlers’ choir in the world.

In May 2019, LE CHŒUR DE GROWLERS made its stage debut with a SENÉCAL composition entitled “The Dayking,” based on a poem by FORTNER ANDERSON, who recites it: it is a breathtaking piece masterfully conducted by its composer (there’s a high-quality video of the performance online). The Victoriaville concert will also include two brand-new works.