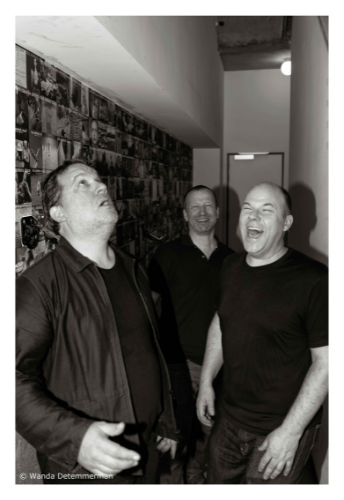 All three drove Chicago’s experimental music scene forward in the 1990s: MATS GUSTAFSSON with several free jazz bands and as a member of Peter Brötzmann’s Tentet, while he was staying in the US; DAVID GRUBBS at the onset of the post-rock movement in Gastr del Sol, his duo with Jim O’Rourke; ROB MAZUREK in a multi-stylistic approach under various iterations of his Chicago Underground project.

They worked many times together, but never all three at the same time, surprisingly. That is, until May 2019. They jumped on journalist John Corbett’s proposition to play as a trio for a two-day engagement at The Underflow in Athens, Greece. They made the venue’s name their own, and their debut album, culled from these concerts, came out in early 2020, followed by a second one recorded just before the first wave of lockdowns. These albums showcase the rich history between these three masters.

« The Underflow » : present-tense music exploring a wide range of dynamics, at the crossroads of acoustics, electrics, and electronics.